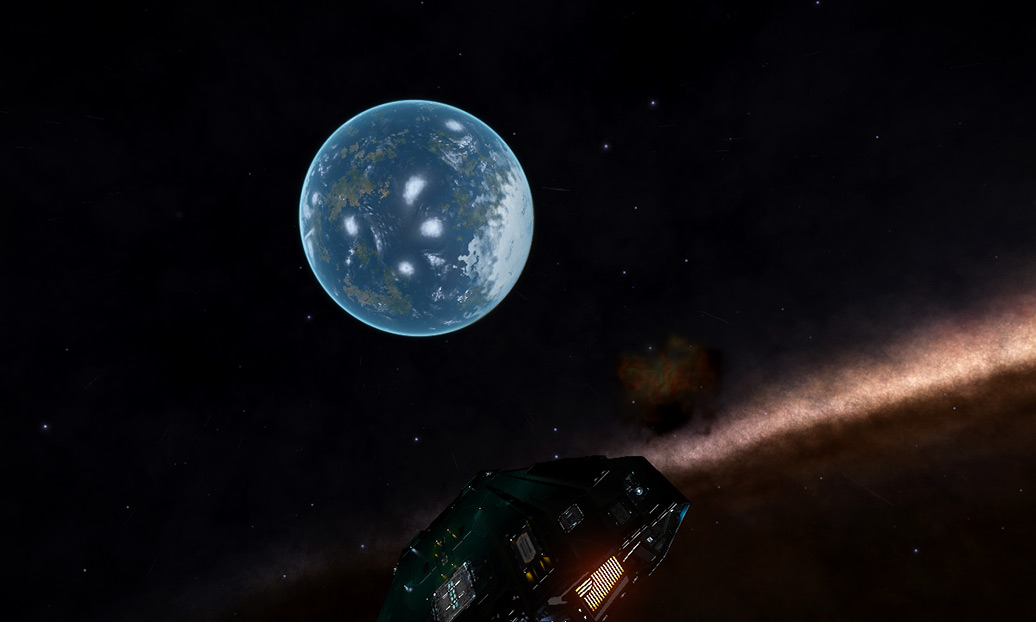 Found first Earth-like planet near the Cave Nebula, 2,479.89 light years from Sol (around 150 jumps) in the Elite simulation.

There are five planets in the system, including Earth-like Cave Sector CL-Y D15 4, which I am excited to be the first to discover, thus accomplishing my mission to find and name an Earth-like in the simulation. I dedicate this discovery to my late father, Peter Griffee. 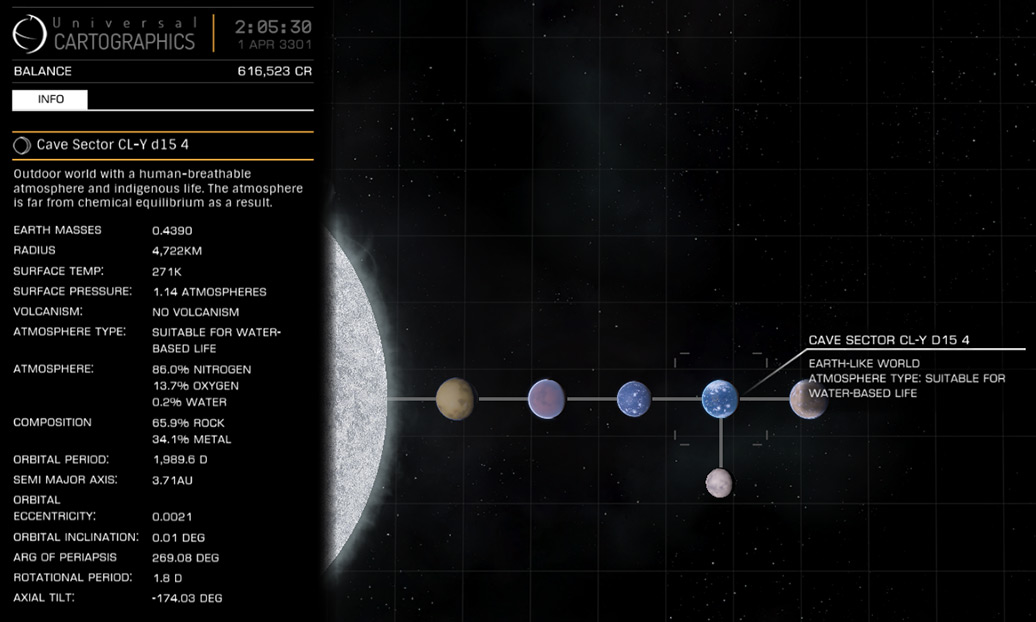 The planet’s radius is 4,722km, about one third smaller than earth, and its days are, if I understand the orbital period time correctly, two times longer than on Earth. It has one rocky moon orbiting it, and a nearby water world. 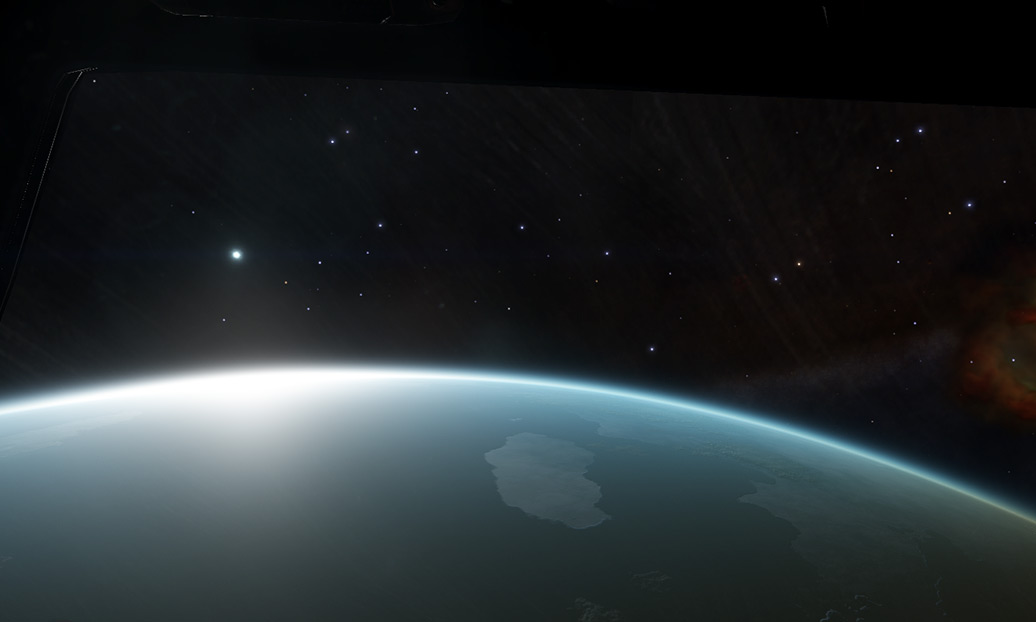